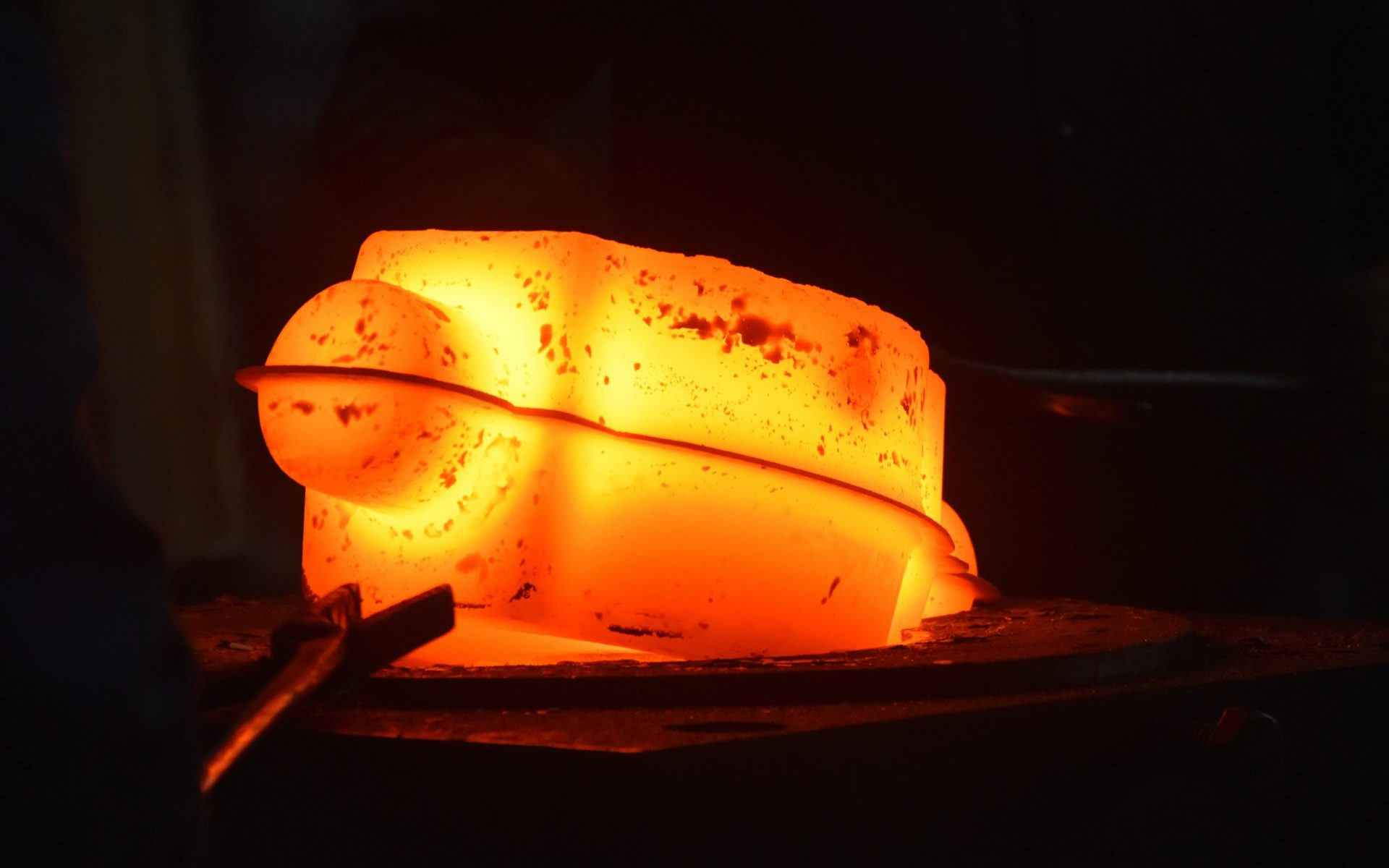 We are the producer of wide range of steel forgings, pressings and centrings located in 2 production facilities, in Kladno and in Brno.

Our products can be found at aircraft industry and mining industry, at producers of industrial valves, rail vehicles, trucks and utility vehicles. We are delivering forgings for producers of gearboxes, couplings and other products for engineering.

Company První brněnská kovárna s.r.o. was established in year 1996. This company continued manufacturing and personnel tradition of cancelled forging shop of První brněnská strojírna a.s. and continued with production of forgings with tradition from the beginning of last century.

Then appeared restriction of next development – limit of existing machinery was 7 kg for closed die forgings and 300 kg for open die forgings. Therefore in year 2000 there was another company expansion caused by taking up of technology and production of forging company ČKD Dopravní systémy in Prague – Libeň, Českomoravská street where production continued for next 2 years.

After another development in year 2007 there was a segmentation into 2 separate companies. That is why present production of forgings is located in PBK ZK s.r.o. in Kladno (area Poldi) and in PBK BM s.r.o. in Brno.

Establishment of company První brněnská kovárna s.r.o., continuance of production of forgings with tradition from the beginning of last century

Expansion of company by taking up of technology and production of forging shop ČKD Dopravní systémy in Prague – Libeň, Českomoravská street